This article comes from our research partners at the Capital Group. The original author is Anne Vandenabeele. We hope you enjoy.

Is the U.S., and much of the developed world, headed the way of Japan — a world of low growth, low rates and deflation? It’s a question that has been raised with some regularity since interest rates began their relentless descent a decade or so ago.

Now, in the face of the global economic crisis brought on by COVID-19, central bank intervention in the U.S. and Japan is at unprecedented levels. Fiscal stimulus is at a scale not seen since World War II. And the possibility of the “Japanification” of the U.S. and other developed economies is as real as ever before.

In the past, the argument against the U.S. following Japan’s precedent has been that the U.S. benefits from a much younger population, a more flexible labor market and a dynamic economy that  provides much easier access to credit for small enterprises to flourish. But now, the similarities between the economies are starting to outweigh the differences.

An unintended consequence of crisis policies

In response to the current crisis, massive stimulus is exactly what economies need. But if maintained for too long, private sector attitudes could change in ways that promote low growth and deflation. Banks, firms and households could retrench. In short, crisis policies aimed at avoiding Japanification could end up steering us in that direction.

Despite higher starting growth rates, this crisis and the prolonged easing that will likely follow could result in the U.S. and other developed markets looking progressively more like Japan.

In some ways, resembling Japan may not be such a bad thing. To be sure, Japan could adopt more market-based policies in many areas and work toward more flexible labor markets. But it has many positive attributes. Japan is wealthy, its unemployment rate is among the lowest in the world and it enjoys relatively low income inequality.

There is much to admire in Japan’s corporate sector as well. As compared with its Western counterparts, it may be perceived as more resilient and benevolent. And many of its practices may be appealing to policymakers, such as:

While U.S. corporations would likely be resistant to these practices, adopting them could be popular politically. Governments could implement them directly, by rescuing industries, as we have seen to some extent in the U.S., or nationalizing them, as we have seen in some cases in France. Or the practices could be adopted indirectly, through regulation.

The amount of additional government intervention a country experiences — in the form of government spending, redistribution and regulation — should become clearer with each election. However, the pendulum appears to be swinging toward some implementation of MMT principles. Japan’s version is based on the “three arrows” of monetary easing, fiscal stimulus and more orthodox structural reform. This approach has led to the stabilization of a debt burden that Japan largely owes itself, as the central bank is the biggest single owner of Japanese government bonds. Over time, it could lead to improved growth expectations, confidence and gentle reflation.

If, unlike in Japan, a government’s spending and monetization are excessive (i.e., beyond a country’s productive capacity), it could lead to high nominal growth and rapid inflation in the long run. This could cause domestic problems, as well as external ones for countries without reserve currency status or the ability to offset foreign exchange movements. The U.K., Australia and Canada are perhaps most at risk among developed markets.

Implications for inflation and corporate earnings

If the U.S. and other developed markets move in the direction of Japanification, investors should expect prolonged low rates, with U.S. 10-year Treasury yields of 0% to 1% for several years. The inflation outlook would be more uncertain, and it would be increasingly driven by the size of government spending and intervention: 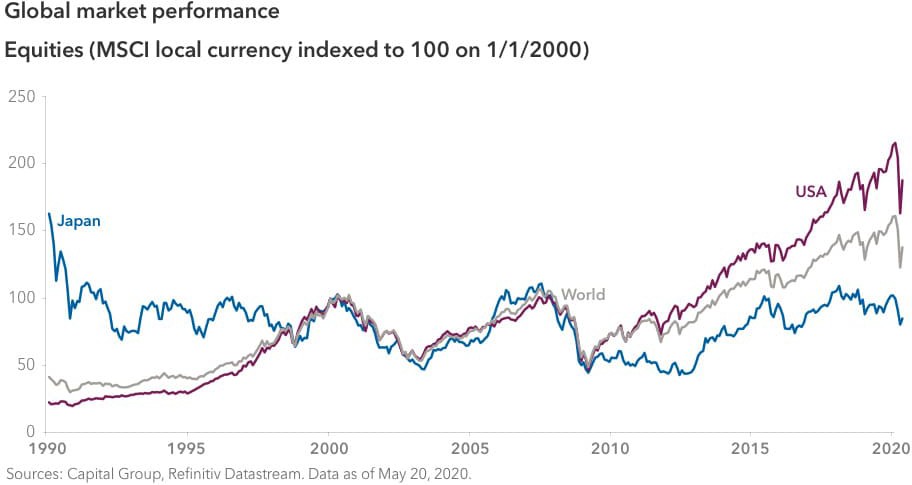 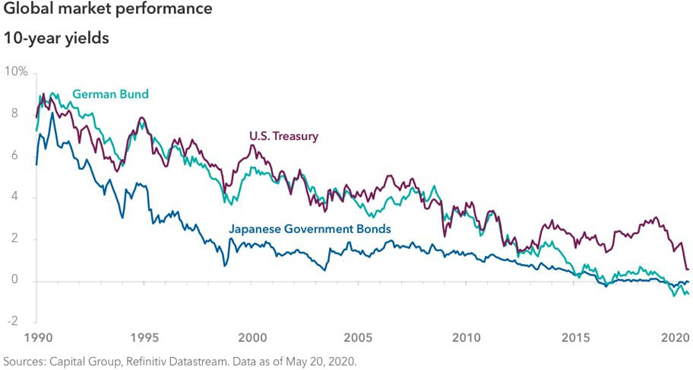 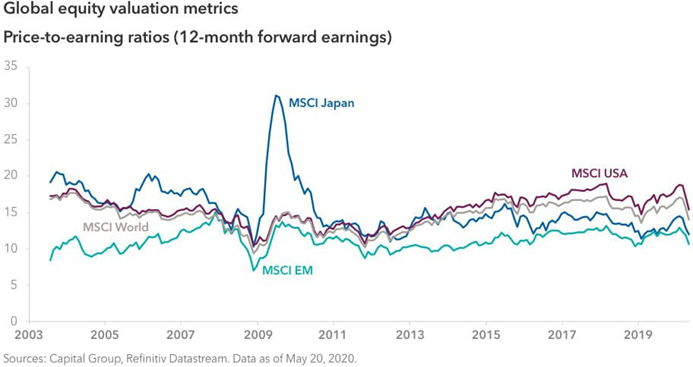 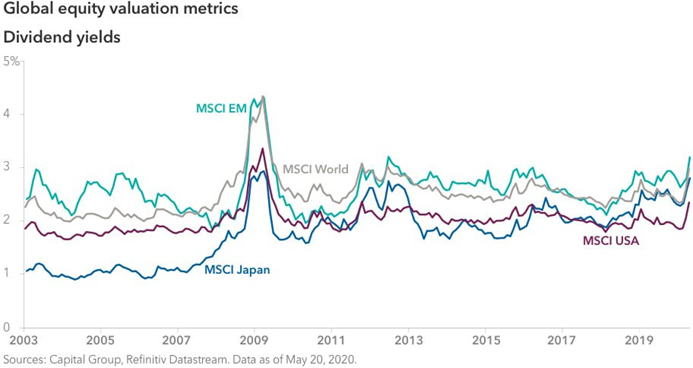 What about investing in Japan?

Even across decades of stagnation, Japan has produced many strong investment opportunities, and it should continue to deliver value.

That is not to say that other countries’ economies will follow this pattern. Each nation’s economy and market has its own dynamics. The U.S. has a much more entrepreneurial culture — one that has seen the rise of technology giants that make up almost a quarter of the market capitalization as represented by the S&P 500 Composite Index. But there are also areas such as the financials sector that are becoming so highly regulated that prospects for corporate profitability have been significantly dampened.

Investors should expect to see a greater dispersion of company valuation and be wary of value traps. Fundamental, bottom-up stock selection will continue to be critical in this environment.

Anne Vandenabeele covers economic developments in the U.S. and Japan as an economist at Capital Group. She holds master's degrees in economics from Oxford and the University of Edinburgh.