Industries of the Future

As we begin the new year, we have much to be thankful for and much to look forward to. 2016 was a historic year. We saw an unexpected Brexit vote, a Cubs win, and a US election season that surprised many in its unfolding and outcome. There is much uncertainty in the world today—so what should our clients be expecting in 2017 and beyond?

As we have discussed with many of you, we believe U.S. equities are temporarily overvalued regardless of who is in office. As we consider the chart below, we believe investors are currently paying a higher price (green line) for stocks than their anticipated earnings (blue line) would justify. 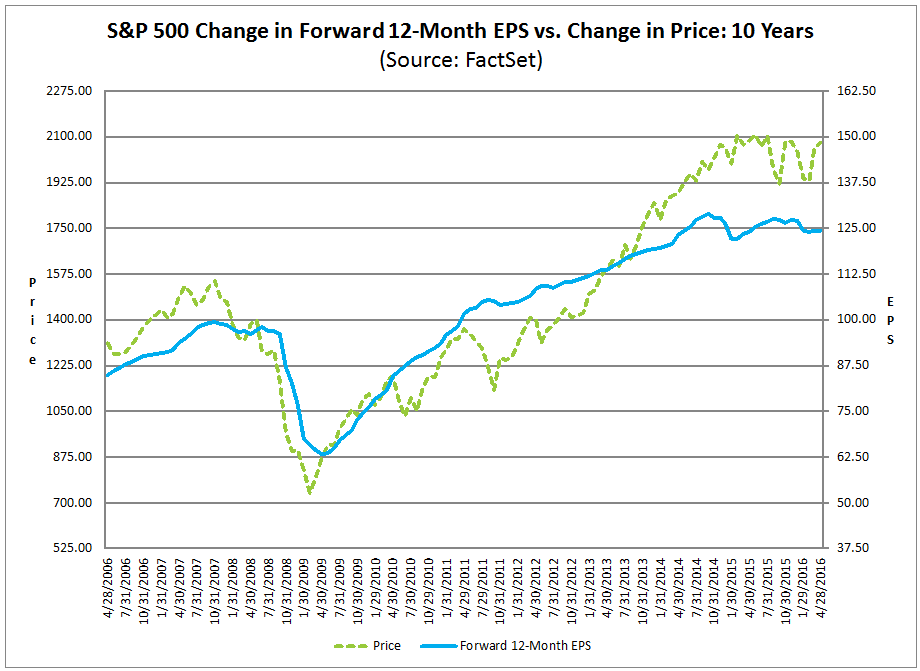 In light of this, we are currently positioning our client portfolios to be more cautious than their target allocations. We do not claim to be able to predict the top or bottom of the market. However, we do want to be wise when we see concerning short term trends, while also keeping allocations positioned for the long term.

Our purpose in this newsletter is to explain why, in spite of all the uncertainties facing the global economy (i.e. sluggish economic growth, chronic budget deficits, and painfully low interest rates, etc.), we have great reasons to be optimistic about the next 20 years.

Technological Advances Make This a Great Time to Be Alive

Before we look forward, let us briefly discuss from where we have come. Let’s consider the exponential increases in the standard of living over the last few hundred years. You will find that there has never been a better  time to be alive on planet earth. Matt Ridley unpacks this observation in his book, The Rational Optimist. He shares that since 1800, the population of the world has multiplied six times, yet average life expectancy has more than doubled and real income has risen more than nine times. The chart below illustrates his point. It shows the average life expectancy in the United Kingdom was 40 years old as recently as 1800, compared to over 80 years old now. Advances in medicine, nutrition, sanitation and technology have increased our standard of living significantly. 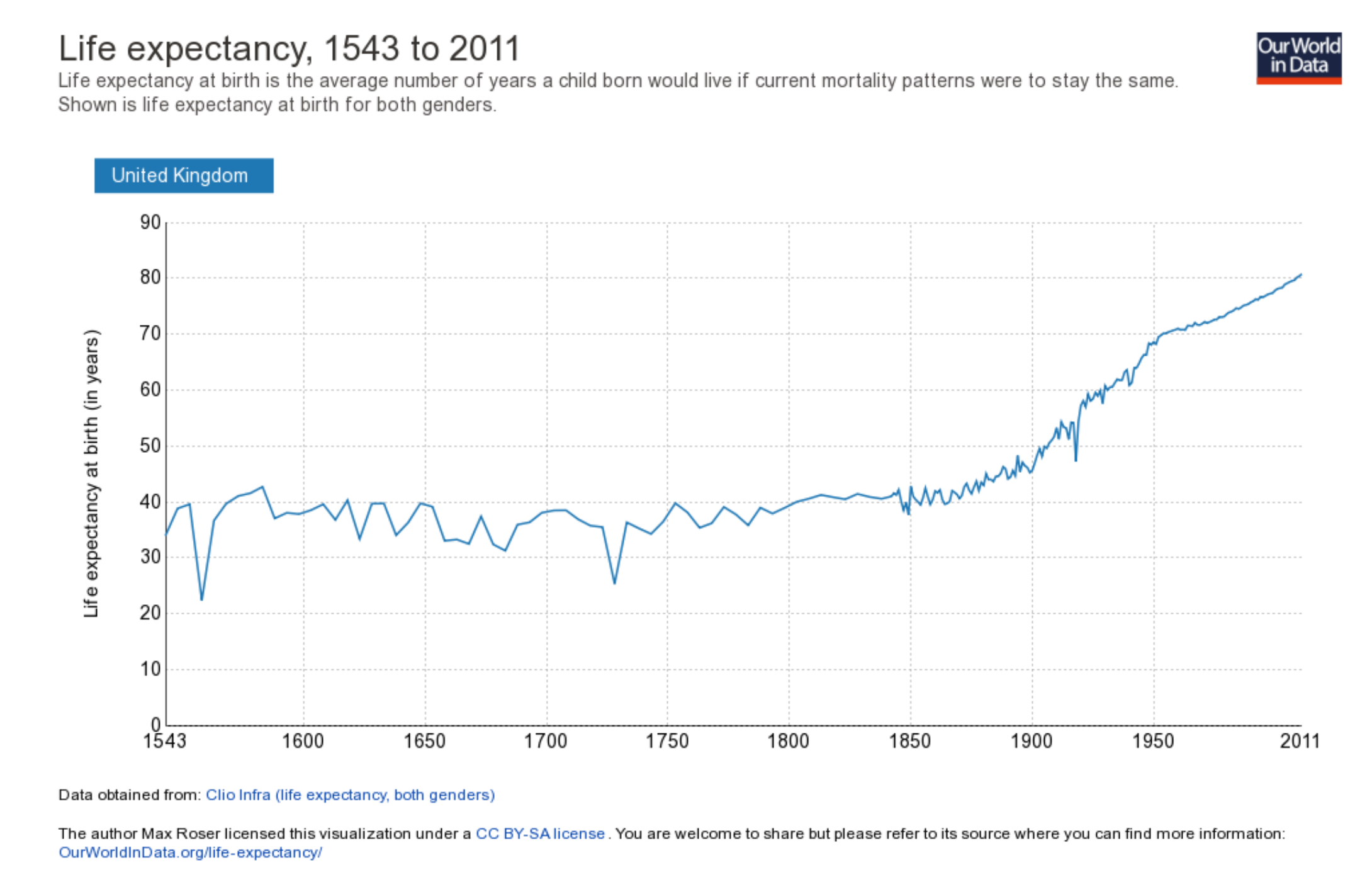 And this truth applies to many different socioeconomic classes, not just the wealthy. The United Nations estimates that poverty was reduced more in the last fifty years than the previous 500. Ridley also observes that of those in the United States that live below the poverty line, 99% have electricity, running water, flushing toilets, and a refrigerator; 95% have a television; 88% a telephone, 71% a car and 70% air conditioning. Cornelius Vanderbilt, in all of his opulence, had none of these.

We share these observations not to minimize the tragedy of global poverty, but rather to say that the standard of living across the globe is improving, and in dramatic fashion. But what about the third world areas where it is well know that many live on less than $2 per day? Consider these facts:

People who are living now are enjoying higher standards of living than ever before, and technological advances should receive much of the credit. Will this trend continue over the next 50 years? We believe so. Let us briefly explain.

The entire study of economics comes down to how humans choose to allocate scarce resources. Time, money, water, and food are just a few examples of resources that each of us consume everyday that are indeed limited. The economic problem is to match scarce resources to unlimited wants and needs.

However as Peter Diamandis reminds us in his book Abundance, scarcity is often contextual. He shares the story of how aluminum was once the most valuable metal in the world in the early 1800s because it was so rare. Napoleon III notoriously threw a banquet for the king of Siam where the honored guests were given aluminum utensils, while the lesser guests had to settle for gold. Though it is the third most abundant element on Earth, aluminum’s high affinity for oxygen means it never appears in nature as a pure metal. Instead, it is found tightly bound as oxides and silicates within a claylike material called bauxite. In 1886, the process of electrolysis was discovered that uses electricity to liberate aluminum from within bauxite. Suddenly, aluminum was not rare anymore. Because of innovation, everyone on the planet had access to ridiculous amounts of the shiny, light, pliable metal, and the price of aluminum plummeted. The moral of the story is that history is filled with tales of resources that were once thought to be rare, but are made plentiful by some technological innovation.

We saw this on a smaller scale in our last newsletter where we discussed how new drilling technologies (i.e. fracking) in the United States led to a surge in production, which led to a decline in the price of oil, which lowered the price at the pump for millions of consumers. We then alluded to other innovations that we believed could shape the next 25-50 years and bring an even higher standard of living across the globe. Let’s examine a few of those. 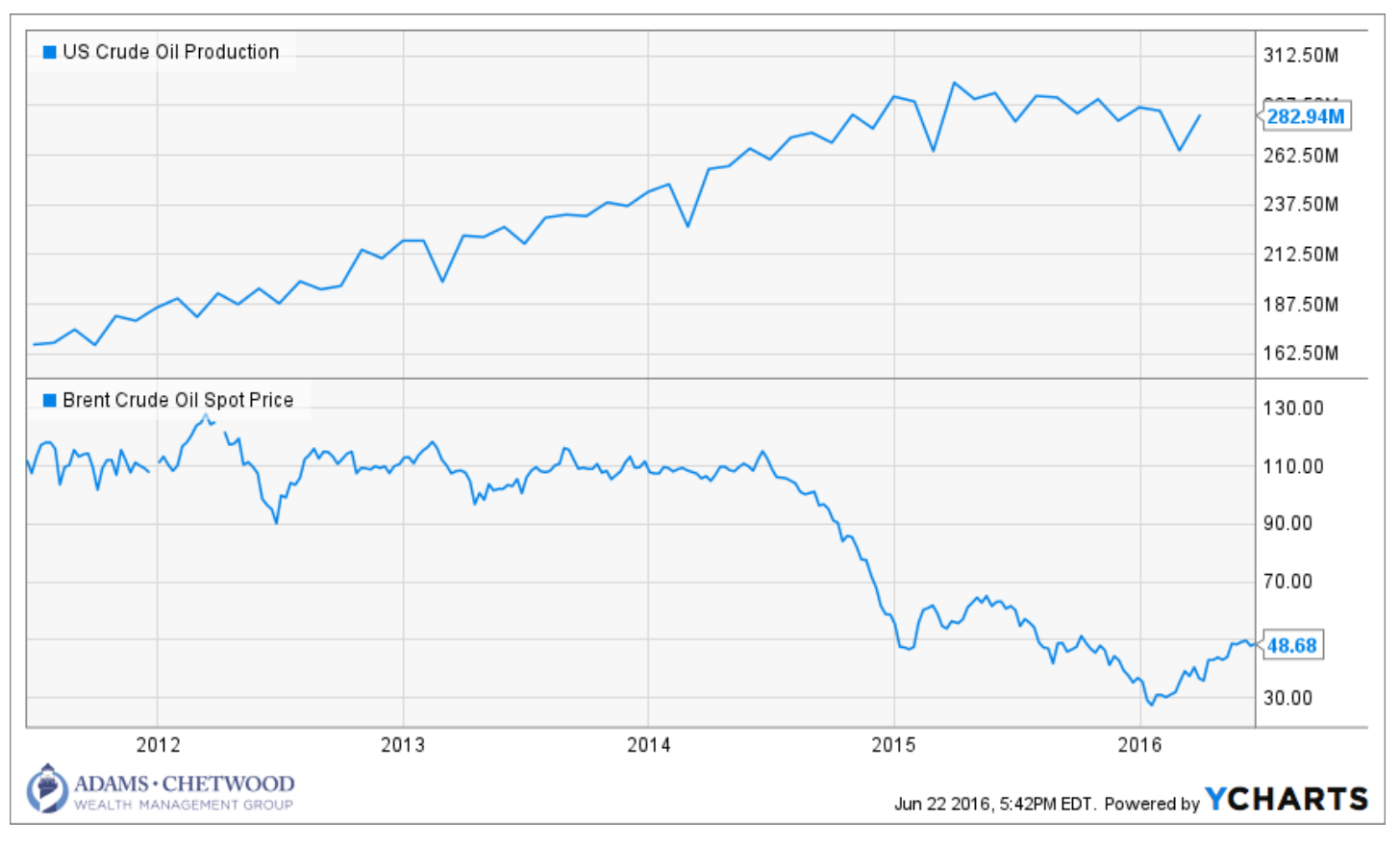 We believe every discussion about technological innovation over the last 50 years and the next 50 years should begin with Moore’s Law. As a review, Gordon Moore, a co-founder of Intel, noticed in 1965 that the rate of computing speed in semiconductors (which functionally serve as a computer’s brain) doubled consistently every 12-24 months. This power of doubling creates exponential, rather than linear growth in computing speed; think multiplication instead of addition. This exponential growth in computing speed is how the phone in your pocket has more computational power than NASA’s supercomputer did in 1970 for a fraction of the cost. 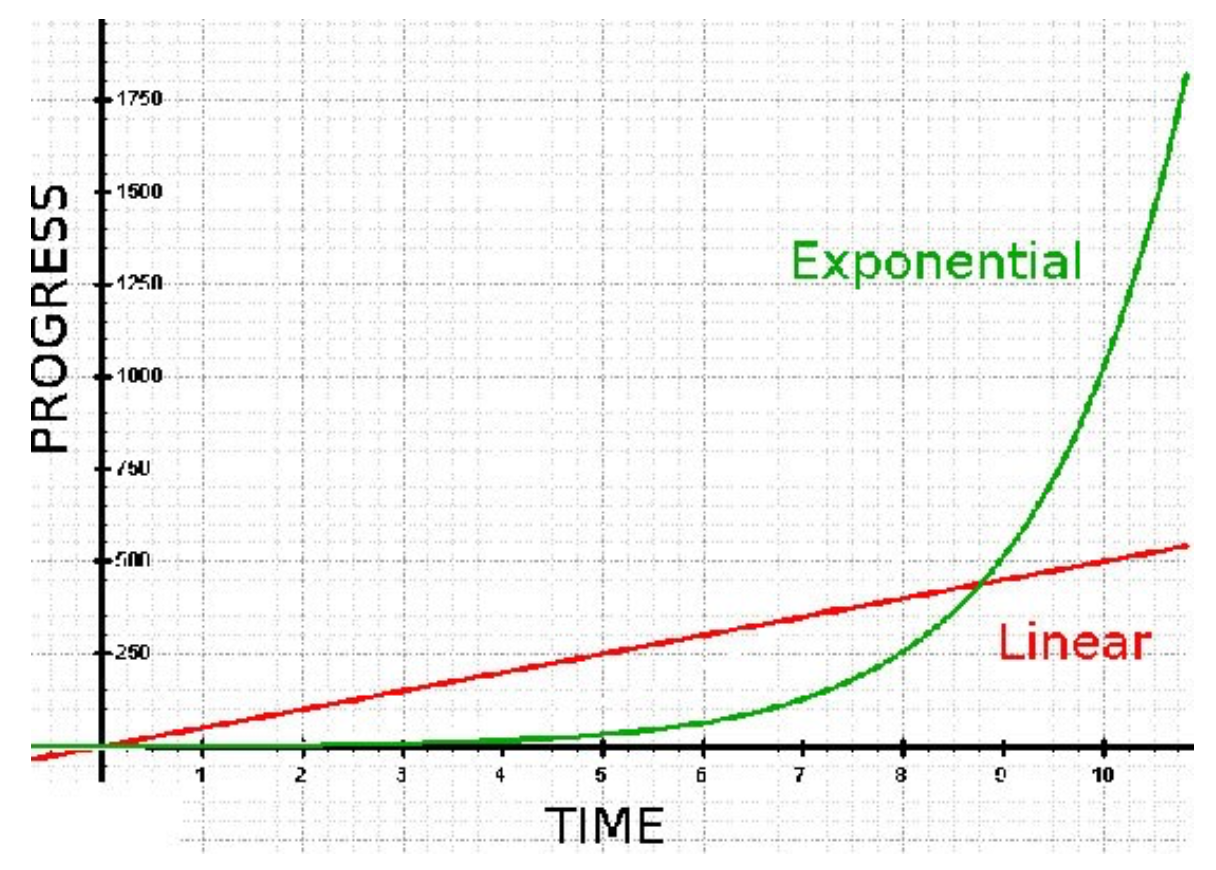 If this computational doubling continues for the next 20 years as it has for the last 50 years, and we believe that it can, the subsequent application to various industries will have a profound impact on every facet of your life; from healthcare to agriculture to education to manufacturing. We will be able to analyze volumes of data in an instant that previously would have taken lifetimes.

Meanwhile, as this explosion in computational ability is occurring, we are also able to collect more data to analyze than we ever have before. Trillions of data points per second about drought levels, traffic jams, Zika outbreaks and the like will be able to be measured because of a vast array of networks and sensors that is also growing exponentially. A network is any interconnection of signals and information, of which the Internet is the most significant example. A sensor is a device that detects information—temperature, vibration, radiation and such—that, when hooked up to a network, can also transmit that information.

Right now, you probably have 10-15 devices in your life that are connected to the internet. For example, your phone, computer, television, Fitbit, and alarm system may be “smart” in that they are internet enabled. Imagine a day when any device that has an electric current will be internet enabled to send and receive information and make your life easier. Imagine:

The enhanced ability to gather trillions of data points per second, along with the enhanced ability to instantaneously analyze that data into something actionable has astounding implications for every single facet of the global economy. As Diamandis says, “Imagine a world of 9 billion people with clean water, nutritious food, personalized education, top-tier medical care and nonpolluting ubiquitous energy.” Each of these aspirations was once thought to be impossible, but today they are closer than ever before. 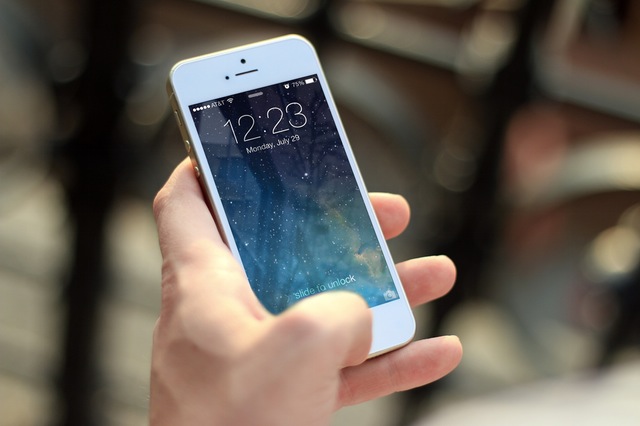 Many of you are already using artificial intelligence when you use Siri on your iPhone or Alexa on your Amazon Echo. While these technologies are still far from perfect, imagine how they will evolve over the next 20 years. Five years ago in 2011, IBM’s Watson (which is an artificial intelligence program) competed on Jeopardy! against former champions Brad Rutter and Ken Jennings. Watson was not connected to the internet during the game, but did have access to 200 million pages of content, including the full text of Wikipedia. Watson had to hear the nuanced questions, process them, interpret the meaning, scan for the answer, click the buzzer before his ingenious competitors could, and answer correctly. The results were not close. The Watson technology was dominant. Imagine how that level of “smart” technology could improve your quality of life: 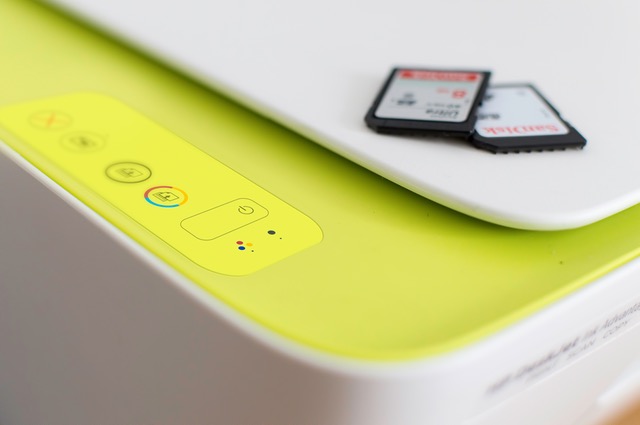 The advances in productivity through the use of robotics are somewhat obvious. Robots can workday and night without bathroom breaks. They don’t need vacations, and they don’t go on strike. They don’t need to be motivated or trained. Once programmed, they simply produce. Robots already provide fewer work-related injuries and safer, less invasive surgical procedures. Robots allow home-bound children the ability to attend school, and there are robotic suits right now that allow paraplegics to walk. These are current examples. Twenty years from now, the advances in robotics combined with artificial intelligence will have incredible implications for elder care, sanitation, construction, manufacturing, national defense and many more.

Though we believe there are empirical reasons to invest more cautiously in the current market environment, we do not want that temporary concern to eclipse the fact that the quality of life in the world today is quantifiably better than at any other time in history and is getting better every day. The technological advances in computational power; the rise of the internet of things; the cultivation of artificial intelligence and the proliferation of robotics are all poised to dramatically improve the global quality of life. Any one of these themes, in and of themselves, would be a powerful innovation. However, the convergence of all of them at the same time could very well usher in an economic boom comparable to that of the Industrial Revolution and anytime there is significant improvement in the quality of life, there is economic value to be gained for investors.

So how should our clients apply this newsletter? How should we digest short term concern and long term optimism? As we have said before, market pullbacks are to be expected for any long term investor. That said, pullbacks and market declines understandably make many investors nervous. However, there is tremendous wisdom and value in having a financial plan and sticking to it. When we help clients put together a comprehensive financial plan, we help them identify specific financial goals that become their benchmark for success. We then run their nest egg through a gauntlet of 10,000 statistical simulations. These simulations stress test their portfolio against the possibility of multiple bad markets in the future. By anticipating the inevitability of market downturns and factoring those scenarios into our projections, we can give our clients much more peace of mind about surviving an upcoming pullback.

We are grateful that you allow us to walk through different chapters of life with you and your family, so we wanted to let you know of two exciting bits of news within our family:

Finally, thank you for having the confidence in us to guide you and help you reach your financial goals. Please know that we are grateful for you.

The past performance of a mutual fund, stock, or investment strategy cannot guarantee its future performance. Diversification does not guarantee investment returns and does not eliminate the risk of loss. This report contains statements and statistics that have been obtained from sources believed to be reliable but are not guaranteed as to accuracy or completeness.

INVESTMENTS ARE NOT FDIC INSURED, MAY LOSE VALUE AND ARE NOT BANK GUARANTEED.